NYC DOT conducted an extensive participatory planning and outreach campaign with Community Board 6 neighborhoods to select Citi Bike stations starting in spring 2012 and again in summer 2015. This process, per the program’s siting guidelines, included more than 30 meetings and events with CB6, local elected officials, area institutions, BIDs and other community organizations. From public workshops to community presentations, DOT actively engaged with the community and listened to their concerns and suggestions.

After releasing draft station siting plans in October 2015, NYC DOT did a comprehensive review of the comments received from local stakeholders about proposed stations and as a result, DOT has relocated 19 stations between the draft and final versions of the plan. Twelve new stations were also added to the final plan to improve system-wide density, helping to ensure that the Citi Bike program will provide a more robust and reliable service for users. You can view the final station locations planned for Brooklyn CB 6 using the link below. 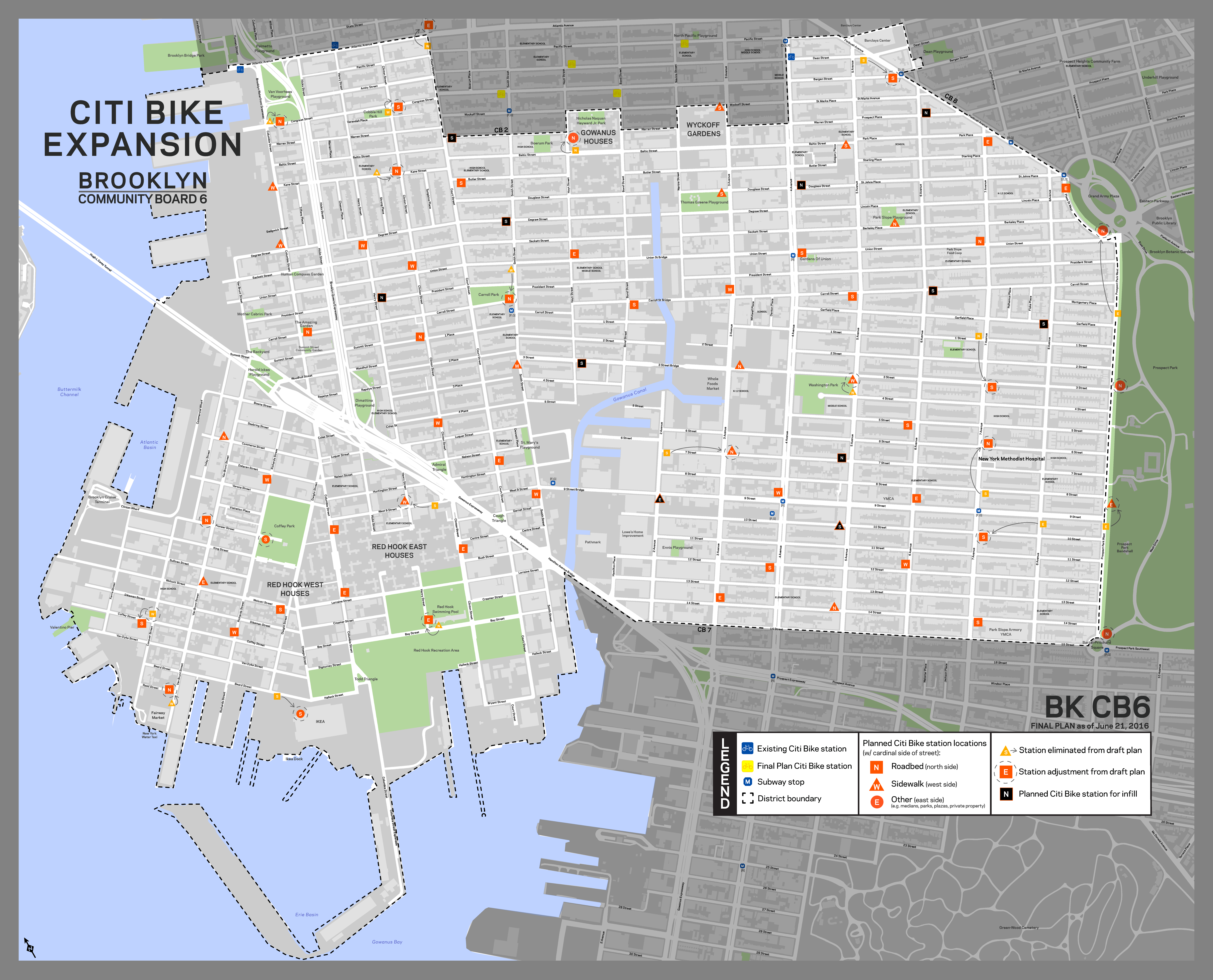