NYC DOT conducted an extensive participatory planning and outreach campaign with local communities to select Citi Bike locations on the Upper East and Upper West Sides in late 2014 and early 2015. This process, per the program’s siting guidelines, included more than 50 meetings and events with Community Boards 7 and 8, local elected officials, area institutions, BIDs, and other community organizations. From public workshops to community presentations, DOT actively engaged with the community and listened to their concerns and comments.

After releasing draft station siting plans in May, NYC DOT did a comprehensive review of the hundreds of comments received from local stakeholders about proposed stations and as a result, DOT has relocated five stations between the draft and final versions of the plans. Below is the link to access the final station sites for Citi Bike in the Upper East and Upper West Side.

DOT anticipates that Motivate will install these stations as far north as 86th Street later this year, with the remaining stations in Manhattan Community Boards 7 and 8 to be installed by early 2016.

Expanding the Citi Bike program north to the Upper East and Upper West Sides creates a great new transit amenity, facilitating cross-town travel, short trips within the neighborhood, and connectivity to subways, buses, and the existing Citi Bike program south of 60th Street. NYC DOT is excited for the Bike Share program to expand and to have worked closely with the local stakeholders in the process. 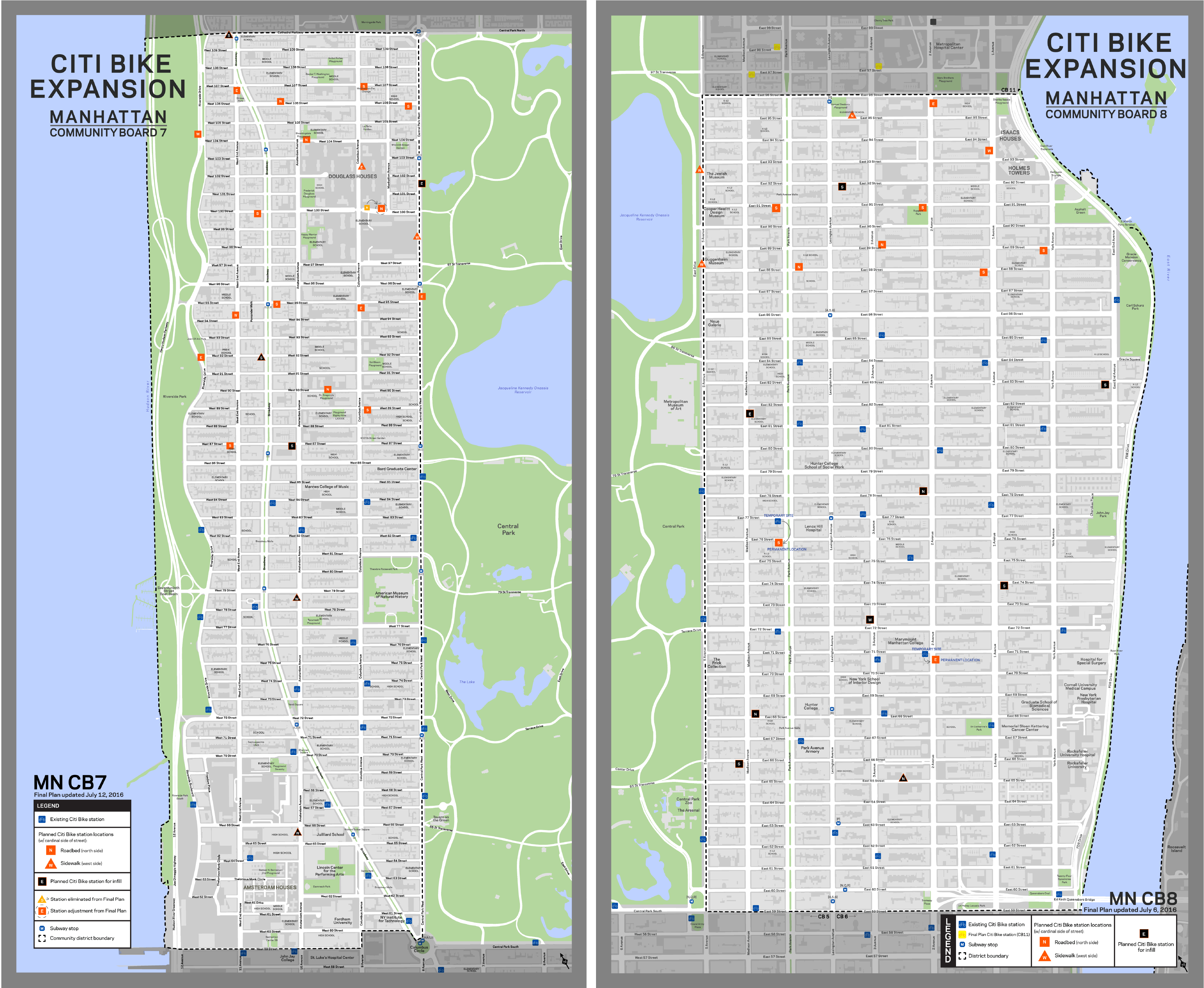