City releases boundaries of Citi Bike’s next expansion, which will double the current service area by 35 square miles and triple the number of bikes to 40,000; System will expand to a diverse range of communities, including the South Bronx and northern Manhattan in the next year.

The de Blasio Administration joined Lyft to today announce the boundaries of the planned expansion of Citi Bike over the next five years, which will bring the nation’s largest bike share system to a larger and more economically diverse range of communities.  Last November, the City and Lyft announced an agreement in which Lyft would invest $100 million to grow and strengthen the system, doubling the size of its service area and tripling the number of bikes over the next five years.  The third phase of Citi Bike’s expansion will bring Citi Bike to all of Manhattan, as well as into the Bronx, and deeper into Brooklyn and Queens.  Administration officials were joined by Borough President Ruben Diaz, Jr. for the announcement on the steps of the Bronx County Courthouse in the South Bronx, where Citi Bike also announced a $300,000 expansion grant program, sponsored by Healthfirst, as well as a new handcycle pilot for the disability community.

“This expansion will help us build a more fair and equitable city for all New Yorkers,” said Mayor de Blasio.  “Even more communities will have access to this low-cost, sustainable mode of transportation. With double the territory and triple the number of bikes over the next few years, Citi Bike will become an even better option for travel around New York City.”

For the boundaries of the next phase of Citi Bike, please see the image below. 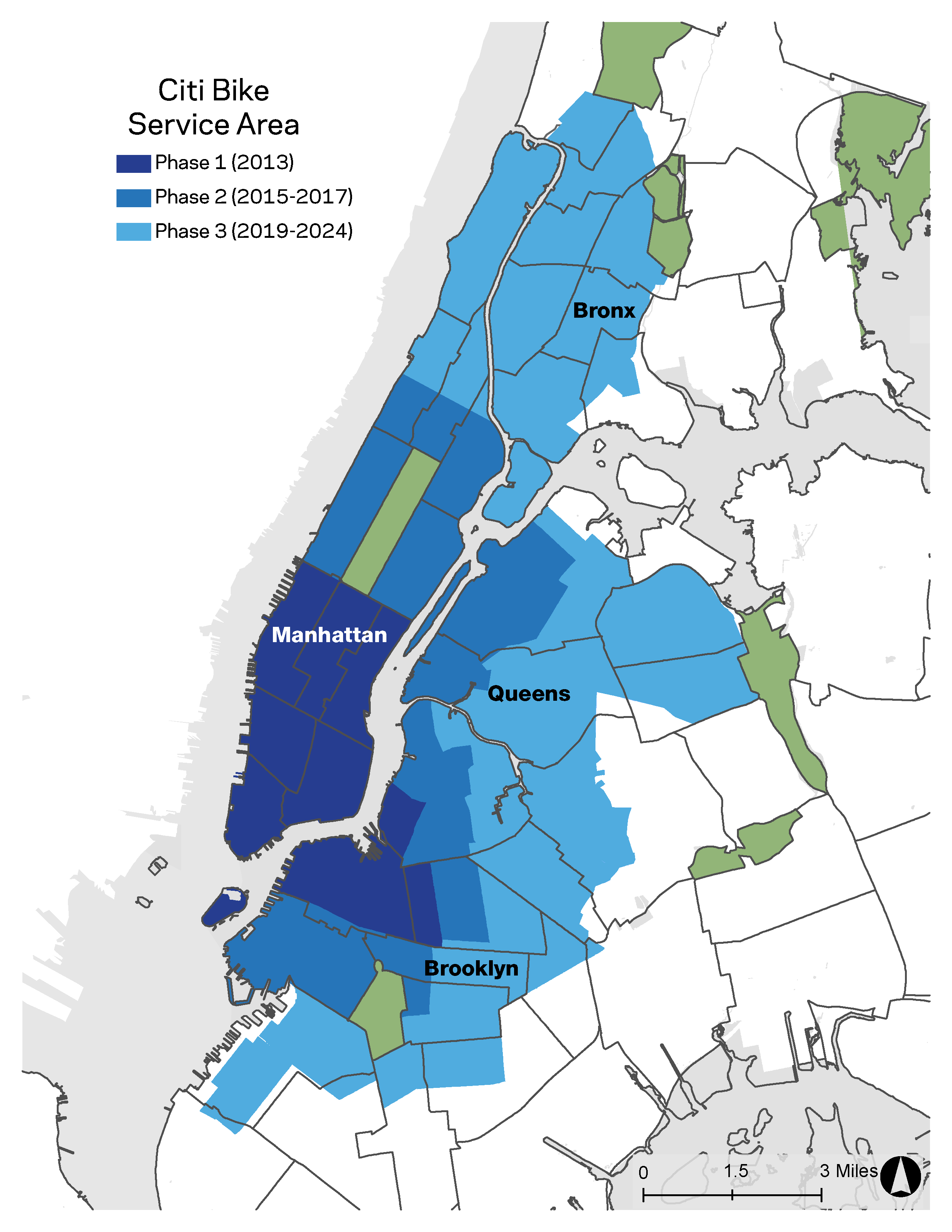