The Citi Bike system, which will continue to be operated by NYC Bike Share, will be expanded from the current system of 330 stations and 6,000 bicycles to over 700 stations and 12,000 bicycles by the end of 2017! Citi Bike will stretch further into Brooklyn, into Harlem and bring bike share to Queens for the first time.

“We have worked hard these last ten months to get Citi Bike on track for the long-term,” said DOT Commissioner Polly Trottenberg. “New Yorkers deserve a system that’s more reliable and convenient, that reaches more neighborhoods and that remains affordable. This new partnership puts bike share on solid footing, and today riders can have confidence that bike share is going to get bigger and better.”

Learn more about the announcement in the NYC DOT press release here. Photos are available on DOT’s Flickr page! 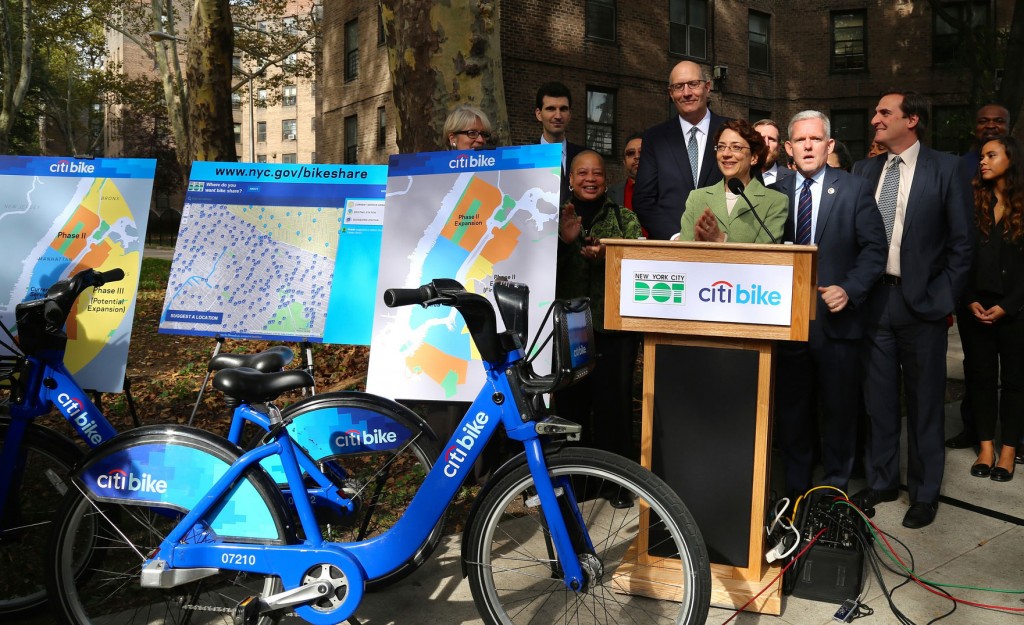